The Google transport networking crew (QUIC, TCP, etc..) deserve a shout out for identifying and fixing a nearly decade old Linux kernel TCP bug that I think will have an outsized impact on performance and efficiency for the Internet.

Their patch addresses a problem with cubic congestion control, which is the default algorithm on many Linux distributions. The problem can be roughly summarized as the controller mistakenly characterizing the lack of congestion reports over a quiescent period as positive evidence that the network is not congested and therefore it should send at a faster rate when sending resumes. When put like this, its obvious that an endpoint that is not moving any traffic cannot use the lack of errors as information in its feedback loop.

The end result is that applications that oscillate between transmitting lots of data and then laying quiescent for a bit before returning to high rates of sending will transmit way too fast when returning to the sending state. This consequence of this is self induced packet loss along with retransmissions, wasted bandwidth, out of order packet delivery, and application level stalls.

Unfortunately a number of common web use cases are clear triggers here. Any use of persistent connections, where the burst of web data on two separate pages is interspersed with time for the user to interpret the data is an obvious trigger. A far more dangerous class of triggers is likely to be the various HTTP based adaptive streaming media formats where a series of chunks of media are transferred over time on the same HTTP channel. And of course, Linux is a very popular platform for serving media.

As with many bugs, it all seems so obvious afterwards - but tracking this stuff down is the work of quality non-glamorous engineering. Remember that TCP is robust enough that it seems to work anyhow - even at the cost of reduced network throughput in this case. Kudos to the google team for figuring it out, fixing it up, and especially for open sourcing the result. The whole web, including Firefox users, will benefit.

Thanks!
Posted by Patrick McManus at 7:55 PM

The best way to make data appear to move faster over the Web is to move less of it and lossless compression has always been a core tenet of good web design.

Sometimes that is done via over the top gzip of text resources (html, js, css), but other times it is accomplished via the compression inherent in the file format of media elements. Modern sites apply gzip to all of their text as a best practice.

Time marches on, and it turns out we can often do a better job than the venerable gzip. Until recently, new formats struggled with matching the decoding rates of gzip, but lately a new contender named brotli has shown impressive results. It has been able to improve on gzip anywhere from 20% to 40% in terms of compression ratios while keeping up on the decoding rate. Have a look at the author's recent comparative results.

If all goes well in testing, Firefox 44 (ETA January 2016) will negotiate brotli as a content-encoding for https resources. The negotiation will be done in the usual way via the Accept-Encoding request header and the token "br". Servers that wish to encode a response with brotli can do so by adding "br" to the Content-Encoding response header. Firefox won't decode brotli outside of https - so make sure to use the HTTP content negotiation framework instead of doing user agent sniffing.

[edit note - around Oct 6 2015 the token was changed to br from brotli. The token brotli was only ever deployed on nightly builds of firefox 44.]

We expect Chrome will deploy something compatible in the near future.

The brotli format is defined by this document working its way through the IETF process. We will work with the authors to make sure the IANA registry for content codings is updated to reference it.

You can get tools to create brotli compressed content here and there is a windows executable I can't vouch for linked here
Posted by Patrick McManus at 12:15 PM

Firefox 37 brings more encryption to the web through opportunistic encryption of some http:// based resources. It will be released the week of March 31st.

OE provides unauthenticated encryption over TLS for data that would otherwise be carried via clear text. This creates some confidentiality in the face of passive eavesdropping, and also provides you much better integrity protection for your data than raw TCP does when dealing with random network noise. The server setup for it is trivial.

These are indeed nice bonuses for http:// - but it still isn't as nice as https://. If you can run https you should - full stop. Don't make me repeat it :) Only https protects you from active man in the middle attackers.

But if you have long tail of legacy content that you cannot yet get migrated to https, commonly due to mixed-content rules and interactions with third parties, OE provides a mechanism for an encrypted transport of http:// data. That's a strict improvement over the cleartext alternative.

Two simple steps to configure a server for OE
When the browser consumes that response header it will start to verify the fact that there is a HTTP/2 service on port 443. When a session with that port is established it will start routing the requests it would normally send in cleartext to port 80 onto port 443 with encryption instead. There will be no delay in responsiveness because the new connection is fully established in the background before being used. If the alternative service (port 443) becomes unavailable or cannot be verified Firefox will automatically return to using cleartext on port 80. Clients that don't speak the right protocols just ignore the header and continue to use port 80.

This mapping is saved and used in the future. It is important to understand that while the transaction is being routed to a different port the origin of the resource hasn't changed (i.e. if the cleartext origin was http://www.example.com:80 then the origin, including the http scheme and the port 80, are unchanged even if it routed to port 443 over TLS). OE is not available with HTTP/1 servers because that protocol does not carry the scheme as part of each transaction which is a necessary ingredient for the Alt-Svc approach.

You can control some details about how long the Alt-Svc mappings last and some other details. The Internet-Draft is helpful as a reference. As the technology matures we will be tracking it;  the recent HTTP working group meeting in Dallas decided this was ready to proceed to last call status in the working group.

Posted by Patrick McManus at 12:06 PM

HTTP/2 is Live in Firefox

The Internet is chirping loudly today with news that draft-17 of the HTTP/2 specification has been anointed proposed standard. huzzah! Some reports talk about it as the future of the web - but the truth is that future is already here today in Firefox.

9% of all Firefox release channel HTTP transactions are already happening over HTTP/2.  There are actually more HTTP/2 connections made than SPDY ones. This is well exercised technology.
Sometime in the near future I will remove support for the various draft levels of HTTP/2 that have been used to get us to this point and we'll just offer the "h2" of the proposed standard.

For both SPDY and HTTP/2 the killer feature is arbitrary multiplexing on a single well congestion controlled channel. It amazes me how important this is and how well it works. One great metric around that which I enjoy is the fraction of connections created that carry just a single HTTP transaction (and thus make that transaction bear all the overhead). For HTTP/1 74% of our active connections carry just a single transaction - persistent connections just aren't as helpful as we all want. But in HTTP/2 that number plummets to 25%. That's a huge win for overhead reduction. Let's build the web around that.
Posted by Patrick McManus at 12:00 PM 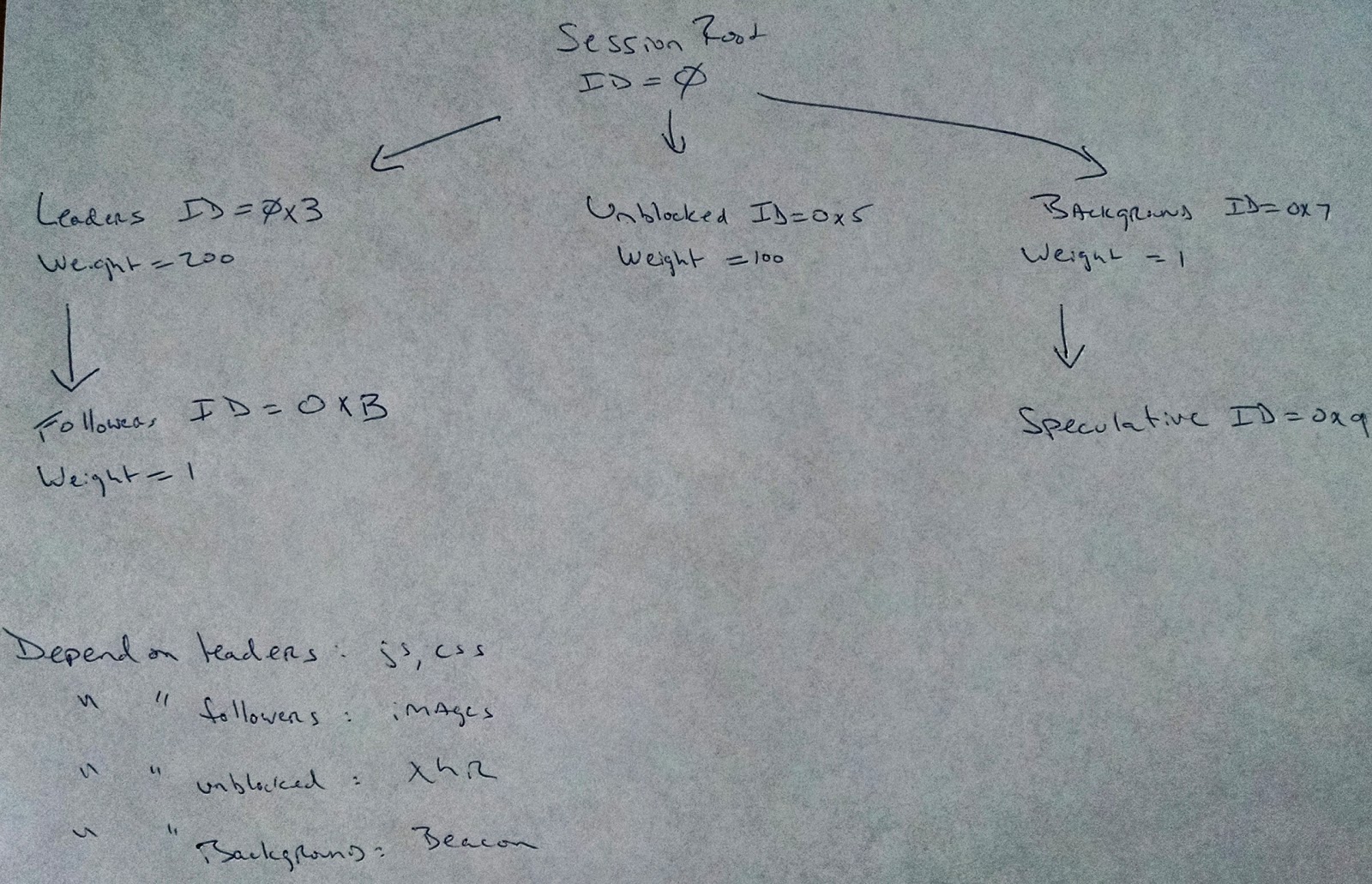